Dramatic telling of the story
of the novel by Herman Melville

With Live Musical Accompaniment
Composed and Performed by Caoimhin O’Raghaillaigh 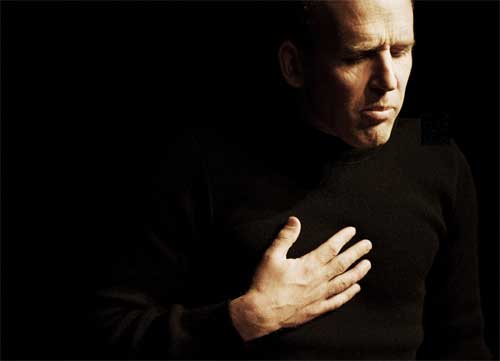 Conor Lovett in Moby Dick. (Photo: Ros Kavanagh)
A powerful retelling of the great American novel in under two hours by an accomplished Irish interpreter of Beckett roles.

Conor Lovett never stumbles in his wonderfully dramatic telling of this epic tale. He goes on, weightily and with great moment, for almost two hours, punctuated only from time to time by the frequently dissonant but delicately rendered fiddling of Caoimhin O’Raghaillaigh. There is enormous significance in this performance, which captures, in a concise way that the novel does not, the dramatic essence of it.

The rough English equivalent of the Celtic Caoimhin O’Raghaillaigh is Kevin O’Reilly.

Moby Dick is a great work of literature, but, like other great works (Tolstoy’s War and Peace, Joyce’s Ulysses) it is frequently offbeat and not typically novelistic. Much of it, in fact, is not novelistic at all, but encyclopedic about whaling. And, reading all of that stuff about whaling, though interesting, can cut down on some of the dramatic rhythm of the text.

Here, in Conor Lovett’s rendering, however, the rhythm is palpable and intense.

What Lovett has developed as an interpreter of Beckett adds to the power, to the drama, and to the sense of spaciousness which he gives to the telling of this dark epic. Beckett’s works, whether dark or funny, contain internal frames of silence that collectively create a temporal attenuation that, because unbounded, connotes a cosmic sense of endlessness.

Here, in Moby Dick, there is nothing funny at all, but the Beckettian silence that Lovett brings to it adds a reverberant tone, and a broad view very much in tune with a tale of the open sea and with the contortions of psychological space which fill it. 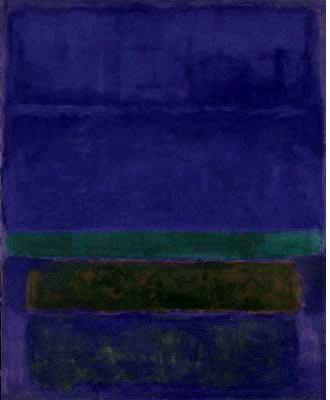 Within this, there is some magic Lovett provides, giving the listener an opportunity to focus. The pausing, the framing, the dramatization that comes from the mapping out of the tale in a canvas of Rothko-like areas echoing with colored quietude makes for an ease of attention. It is as though Lovett draws the listener in to each successive phrase with the intervening silences.

In short: Lovett is a masterful storyteller and the rendering of this tale is riveting and forceful.

Caoimhin O’Raghaillaigh’s fiddle music is the only stage addition, apart from some subtle lighting changes, and it is superbly complementary to the storytelling. It is appropriately edgy when necessary, woven in mist when that is called for, and played with penetrating grace.