Sergei Prokofiev
Sonata No. 2 Op. 94 for flute and piano

A delightful array of chamber works for the slightly arcane combination of flute, clarinet and piano, including two premieres, by Boston-area composers John Kusiak and John McDonald.

One might think that clarinet and flute, even with piano, could be a little too treble and thin, but, for this delightful exploration of contemporary works, that was simply not the case. The hall was filled with sound, and though, indeed, some of the works made adventurous use of the distinctive upper-range traits of the flute and clarinet, there was never a sense of tonal insufficiency.

John McDonald’s Three Sketchbook Items immediately calls forth the image of “Cubist Copland,” an abstract array of sounds that still maintains, at its core, a kind of pastoral unity. The wandering sonority of the Prelude is short, quaint and angular, giving way, in Opa’s Twofer to tremolos echoing three ways, with an emerging lyrical piano line that seeks to sew the fluttering pieces into a quilt of sounds.

Interestingly collage-like without broaching eclecticism, the movement poses brief glimpses of Brahms at one moment and of Glass at another. The Trio Study in Familiar Style finishes the piece with a noble promenade carried on in parallel by the three instruments, yielding a tonal clearing within a dark wood, sonorous, sweet and concisely put.

Film Noir by John Kusiak is a lush and varied series of tonal escapades, driven, originally from the moodily dark temper of the film noir genre, but extending imaginatively beyond it. Kusiak, a well-known Boston-based film composer, comes by the initiating idea honestly, but with musical imagination and inventiveness extends the habitual sense of what film noir scores entail into unexpected regions. A haunting, dark waltz introduces the pieces, eventuating in exchanged solo voices from each of the three instruments that wind down mutually from dominantly minor to surprising and refreshing major resolutions. A little Chopin-like embellishment appears delightfully out of nowhere to nourish the prevailing shadowy sonorities. Lavish textures emerge, with vast swaths of sound, surprisingly rich given there are just two highly pitched wind instruments – creating a landscape filled with cascading, alternating runs. Vines of intricate melodic shape infuse the dominantly haunting theme, with playful webs of piano scales coloring the underlying noir-ness. 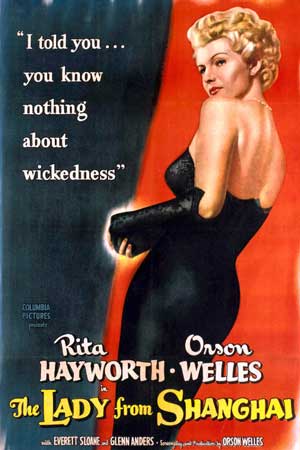 The Prokofiev Sonata No. 2 for flute and piano is a wonderful amalgam of the sorts of circus-like modalities for which Prokofiev is famous, but adjusted to the landscape offered by its dual instrumentation, masterfully executed by flutist Dreeben and pianist Skavish.

The opening Moderato offers a light, mobile urgency with a sense of a rhapsodic march going on inside, while the flute offers filigrees of embellishment. The Scherzo is a wild romp with enough of a syncopated structure to tease one’s sense of regularity. A solo chant by the flute introduces a pause in the action which eventually recapitulates to Prokofiev’s wild and fun circus romp.

Moving from the light, mobile urgency of the Moderato to the fanciful, slightly syncopated, circus-like themes of the Scherzo for which Prokofiev is so well known, this substantial piece creates a rich fabric of alternating landscapes. The Andante is filled with lovely, embroidered lines laid on a bed of piano structure and feeds into an energetic set of chordal interleavings in the Allegro Con Brio which concludes the piece. Throughout one hears the motifs that Prokofiev makes famous in his program music – birds, waterfalls, a sense of the quest through the unknown – all prevail in unnamed but evocative musical forms.

The final piece, scored for the trio, was Barn Dances by Libby Larsen, its four romps distinctive in coloration. The second dance, Divide The Ring, is a large speculative romance with a harmonic and rhythmic shape reminiscent of a piano rag. The final one, Rattlesnake Twist, explodes into a chase of voices, almost like a chorus of chickens. Given the title, one suddenly imagines what’s setting those chickens off so intensely.

All the musicians played expertly and, indeed, filled the hall with ebullient sound.