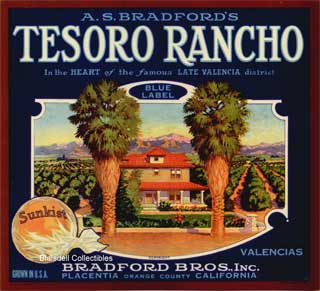 Three couples, a few major life struggles, and a lot of laughs.

A couple of gatherings at the house of Diane (Tamara Hickey) and Nick (Lewis D. Wheeler) is all it takes to begin to separate the strands in the unraveling lives of six middle-aged friends, also including Pam (Cate Damon) and Charlie (John Kooi), and Louise (Abigail Killeen) and Trevor (Robert Pemberton). Money, relationship and parenting issues abound, sometimes interlocking in imaginative ways.

This is a very funny play but its subtext is serious, and it manages, despite its hilarity, to hold its dramatic feel through the laughs.

The plot is artfully constructed (one might almost say too constructed) but the overlapping confusions, misdirections and misiniterpretations cause all kinds of funny interplays.

Some of the choicest laugh lines seem almost not intended to get a rise. Trevor (Robert Pemberton) has taken up sewing and mending and one of his male compadres challenges him about it. I like… thread, he says, and, whether it is the quality of the written line or the way that the solid but wry Pemberton holds it and sends it forth, it gets a big response.

There are plenty of those kinds of moments, exhibiting playwright Steven Dietz’ considerable talent for creating a kind of humor in effortless dialogue. The writing is most successful when it shows this spontaneity, and a little more strained when its gags seem too set up. Though the gags can be quite funny, the plethora of them sometimes gives the feeling of a comedy sketch searching for a play.

A lot of the play explores the comedic and tragic implications of miscommunication. One character asks his wife are you ready and she thinks he means something like are you ready to go home and he means something vastly more serious and life-changing. That sort of interchange happens multiple times throughout, and though it easily tickles the ribs, it leaves the stomach yearning for something more.

Somewhat farcical, these constructions of complication at every turn sometimes seem like a mechanism of comedic drama rather than an exploration of humor in naturally evolving interchange. When it does the latter, it is hilarious; when it does the former, it is cleverly amusing. Nonetheless, it is good and very funny farce and even when it is a bit more self-conscious it does not severely diminish the dramatic part, it just waters it down a bit.

The direction is superb. Robert Walsh has drawn out all of the actors in a way that makes everyone shine. The gestures and the timing are precise and there is a lot of richness in all the portrayals. And the actors seem like they are having a great time. Though the performance is superbly wrought, there seems to be a good amount of relaxed, improvisational, fun.

Though the writing itself is deft, the astuteness of this production raises its potential very high.